University of Cincinnati researchers have discovered new clues into why some people with head and neck cancer respond to immunotherapy, while others don’t.

Findings published in the Journal for ImmunoTherapy of Cancer show that it could all come down to “channeling” the power and function within one particular type of immune cell.

Laura Conforti, PhD, professor in the Department of Internal Medicine at the UC College of Medicine and corresponding author on the study, says understanding these mechanisms could help in creating combination treatments to more effectively treat some patients with cancer.

She points out that head and neck cancers are the sixth most common cancers in the world, affecting about 53,000 Americans every year. To combat the deadly disease, doctors often turn to immunotherapy, which boosts the body’s own immune system in an effort to identify and kill cancer cells.

“Our immune cells are naturally programmed to distinguish between our body’s ‘normal’ cells and what they see as ‘foreign’ cells and attack only the foreign cells,” explains Conforti.

Learn more about different types of immunotherapy in the video below.

She says the immune cells — called T cells —  lead the body’s attack against cancers but the impact of that attack can be proven futile if a molecule in cancer cells is able to bind to an immune checkpoint in the T cells and effectively “turn them off like a light switch.” As a result, the T cells leave the cancer cells alone, which Conforti says is “a major problem,” especially for head and neck cancers.

A known immunotherapy treatment (pembrolizumab) targets the checkpoint molecule and blocks the “off switch” of the T cells, but scientists are trying to determine why this method works in some people and not in others. Conforti further explains that the ability of these T cells to attack and destroy cancer cells relies on molecules called potassium ion channels, which are present in T cells and are responsible for a variety of functions, including killing cancer cells. 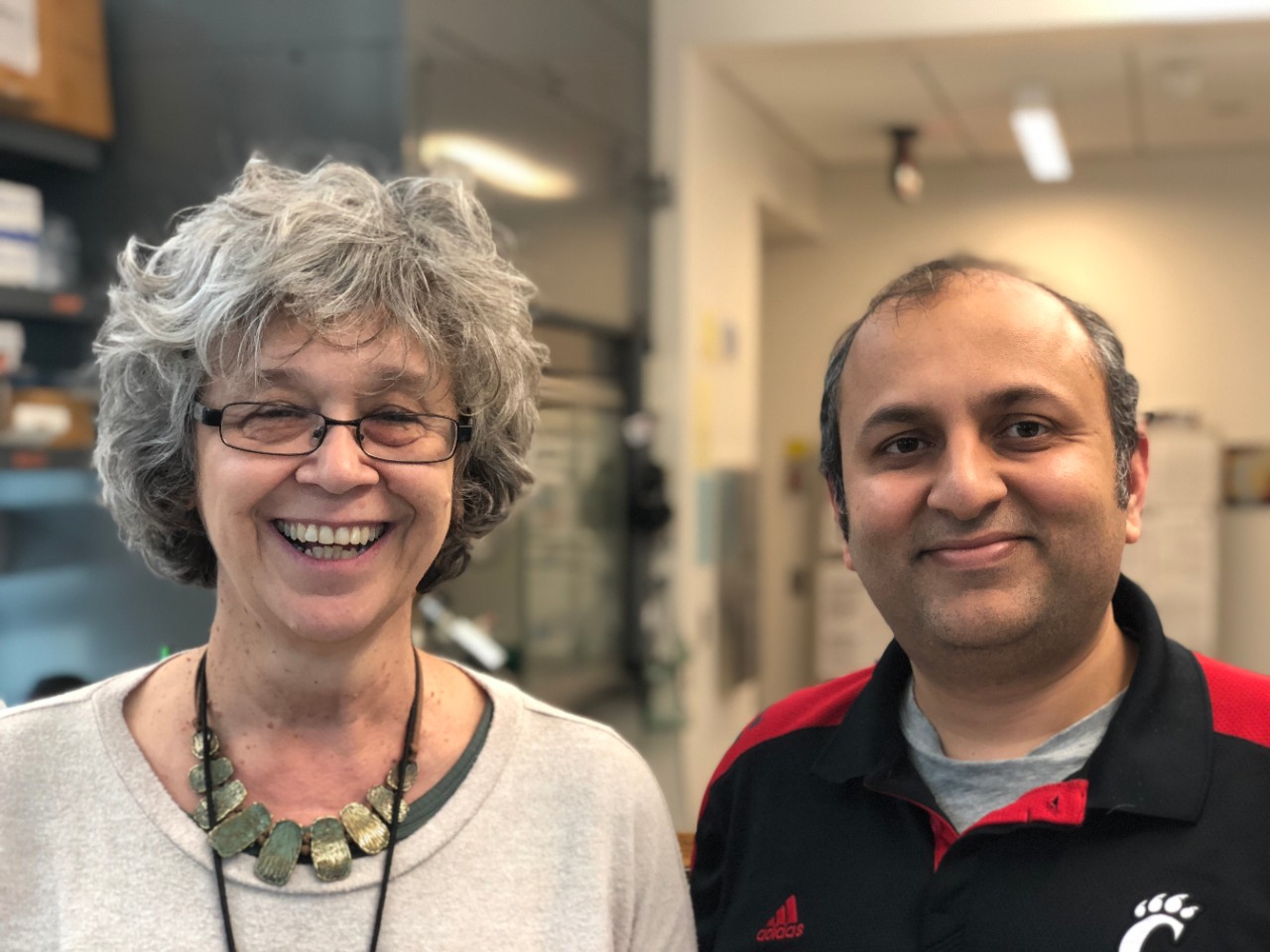 Corresponding author Laura Conforti, professor in the Department of Nephrology and Hypertension, and Ameet Chimote, research scientist, in Conforti’s lab and co-investigator on the study. Photo/Ameet Chimote.

The team also found that after the treatment was delivered to patients, these channels in the T cells circulating in their blood were more active, meaning they were more equipped to continue fighting off the cancerous cells.

“We also saw that head and neck cancer patients who were responding to this immunotherapy, meaning their tumors were shrinking, had greater channel activity in their T cells soon after treatment, and the T cells had more ability to enter into the tumors to continue killing cancer cells,” Conforti adds. “However, patients who did not respond lacked this increased activity.

“Immunotherapy is not one-size-fits all, since some patients respond to immunotherapy, while others don’t, but our research shows that ion channels within T cells of these patients play a crucial role in the response of immunotherapy. Now that we know the benefits of these channels, more research is needed to look at ways we can activate them or create combination therapies to help patients increase their chance of survival.” 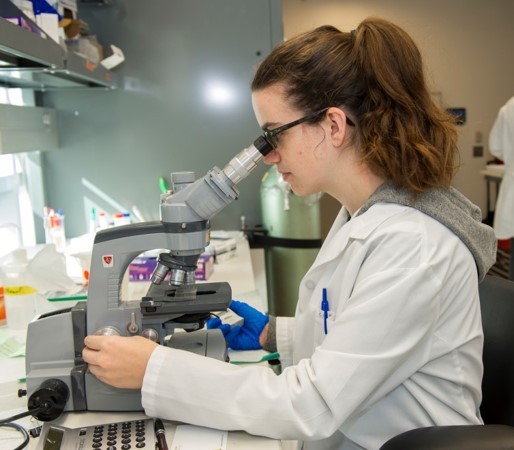 Hannah Newton, PhD, a co-lead author on the study and a recent UC doctoral graduate in the lab at UC. Photo credit/Colleen Kelley/UC Creative + Brand

Team member Newton, who recently completed her doctorate at UC and is now working at the National Institutes of Health-sponsored Frederick National Laboratory for Cancer Research, says that working on this study at UC was invaluable.

“This research allowed me to collaborate with diverse professional individuals including medical oncologists, clinical coordinators and other researchers and gave me the opportunity to better understand the bench-to-bedside procedure for drug development,” Newton says. “Most importantly, it could help clinicians determine more personalized and effective treatment combinations for patients with head and neck cancer.”

In this article:Cancer, immunotherapy, research, University of Cincinnati
Up Next: