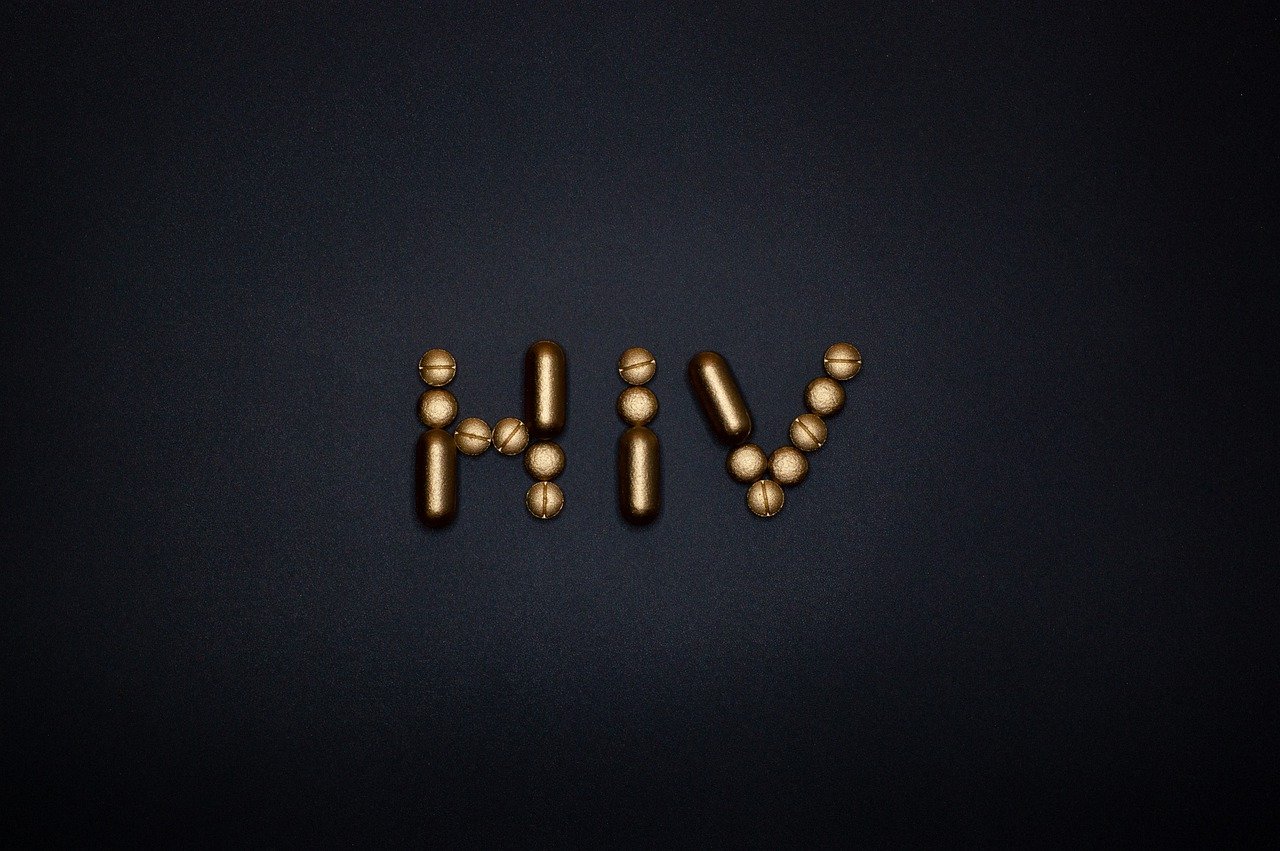 As the numbers of COVID-19 infections climb, it’s easy to forget that there are still more than 1.2 million people in the U.S. living with another virus—human immunodeficiency virus, or HIV.

When it first swept across the country in the 1980s, HIV was one of the most sobering public health challenges ever faced. It brought a cruel and isolating stigma toward gay men, who died in startling numbers, and it went on to kill 33 million people across the world.

Times have changed. Now, most people don’t die from the virus. Thanks to continuing medical advances in medications, HIV can now be seen as a chronic disease. People who have it can enjoy long careers, get married, and raise families.

“The message that we used to give in the early days of HIV was, ‘Let’s try to make your remaining days as comfortable as possible.’ Now, it’s treatable. It’s not curable, but it is controllable,” says Merceditas Villanueva, MD, director of the Yale School of Medicine AIDS Program.

Many HIV providers and public health experts believe they can eventually come close to eradicating the virus by 2030 with a goal known as “95-95-95.” In this vision, 95% of people who have HIV would be diagnosed, 95% of them would be receiving treatment, and of those, 95% would have the virus suppressed (the term used when the amount of virus is so low that the patient with HIV stays healthy and has a greatly reduced chance of passing it to others).

We asked these and other specialists in the Yale School of Medicine AIDS Program to answer questions about how HIV became a treatable disease.

What is the difference between HIV and AIDS?

HIV is a potentially deadly virus that attacks the body’s immune system, specifically the T cell lymphocytes or CD4 cells. AIDS is a collection of symptoms and illnesses that can develop when HIV goes untreated and the CD4 cell count drops below 200.

There are four stages of HIV (0, 1, 2, 3). People are diagnosed as having AIDS when their HIV is classified—or if it has ever been classified—as Stage 3, when people experience such symptoms as rapid weight loss, recurring fever or night sweats, body sores, memory loss, and (what turn out to be) fatal infections.

It first came to attention in the early 1980s when doctors started reporting unusual infections and rare malignancies in gay men. HIV is believed to have transferred from animals to humans possibly as far back as the late 1800s from a type of chimpanzee in Africa. This likely occurred when hunters looking for meat came in contact with infected blood from the animal. HIV is transmitted between humans through bodily fluids, specifically blood, semen, vaginal secretion, and breast milk.

Who is at risk for HIV today?

Anyone can be at risk for HIV, but some groups are more likely to get it than others. The first cases of HIV in the U.S. spread mostly through unprotected sexual intercourse, especially among men who have sex with men. The virus is by far still most prevalent in that group, followed by people who transmit it through heterosexual relations, and injection-drug users who share needles. It has affected Black and Hispanic Americans disproportionately, and is on the rise among transgender people.

Beyond that, people with HIV make up a diverse population, says Dr. Villanueva, who also sees a small minority infected by blood transfusions. “So, there’s a leveling feature. If you have HIV, regardless if you’re rich or poor, you’re dealing with the same disease,” she says.

While annual infections in the U.S. have decreased by more than two-thirds since the mid-1980s, recent data still show about 38,000 new infections in the U.S. each year between 2014 and 2018. The highest number of new diagnoses are in people between the ages of 20 and 35 (a population believed to most likely be unaware of their HIV status).

A collection of antiretroviral therapies (ART) has moved HIV into the chronic disease realm and given young people who are newly infected a close-to-normal life expectancy. In fact, more than half of people living with the virus now are over 50 years old, says Michael Virata, MD, director of HIV clinical services at YNHH’s Saint Raphael Campus.

“Really, the basic goal is to treat people with highly active drugs that combat the virus, so we get them to the point where they have undetectable levels of it,” he says.

Patients may be given some combination or “cocktail” of three drugs, and doctors are moving toward two-drug combinations. “We are even moving into a realm of longer-acting agents so that people won’t have to take a pill every day,” Dr. Virata says.

Some medicines will be delivered through such methods as injections that could protect people for weeks. In the past, there was controversy over when to treat newly diagnosed patients, but current guidelines recommend starting medications quickly. “There are centers around the U.S. where, the day they diagnose you, they hand you your first doses of medication,” Dr. Virata says.

There have been breakthroughs beyond the medications as well. “For example, people with HIV with end-stage kidney disease are now being successfully transplanted,” says Dr. Villanueva. “And there are studies that show successful kidney and liver transplants from HIV-positive deceased donors.”

Have you been able to stop the spread of infection?

Yes and no, says Dr. Villanueva. “In the past five to eight years, the number of newly documented infections has decreased. But we’re looking nationally at a level of almost 38,000 new infections per year, which is a lot.”

A major approach to prevention is the use of PrEP or pre-exposure prophylaxis. This approach is based on administering drugs used to treat HIV to people who do not have HIV—but who are at a high risk for it—in an effort to prevent them from contracting the virus. Different formulations are being made available, including long-acting injectables and a vaginal ring for women, and this worldwide effort is extremely important, says Dr. Villanueva.

There have been other pockets of success. Mothers-to-be who had HIV used to transmit the virus to their infants when they gave birth, says Dr. Villanueva. But a landmark trial that Yale participated in showed that giving mothers an antiretroviral medication called azidothymidine (AZT) during the third trimester and delivery resulted in a marked decrease in the mother-to-newborn transmission rate in the U.S. “That treatment was introduced as a standard of care here in Connecticut, with only one new case of perinatal transmission since 2008,” Dr. Villanueva says.

Another pocket is the decrease in cases among injection-drug users contracting HIV when they shared needles. “Very early work here at Yale helped pioneer the use of syringe exchange programs, and it’s been a successful harm reduction approach that has been adopted not only nationally, but worldwide,” Dr. Villanueva says.

These programs provide people with access to sterile needles and syringes, as well as a safe way to dispose of used syringes. “However, the caveat is that with the opioid epidemic, we are starting to see new outbreaks of HIV among people who are using opioids through injection,” Dr. Villanueva says.

What issues do people with HIV face as they age?

Aging with HIV is a fairly new area of study. “People who are 50 and who have been living with HIV for a long time—their bodies may be, by some estimates, like that of a 60-year-old,” says Dr. Villanueva. They may develop cancer, diabetes, heart disease, and other conditions earlier than they would if they weren’t HIV-positive.

Dr. Virata says HIV is thought to cause a chronic inflammatory state in the body, which can accelerate aging. “We’re trying to understand what the process is and figure out how we can address it,” he says.

Researchers are studying whether early interventions could decrease complications for patients as they grow older. Dr. Virata points to a large global study looking at the use of statins as an intervention. “It’s a long-term study, but we’re anxiously waiting to see what the results of that research project will show,” he says. Contributing to the problem, he says, is that some of the medications used to treat HIV can be toxic in the body.

More implementation science, research, and intervention strategies are needed, Dr. Barakat says. “We’re still learning about and determining the best strategies to enhance opportunities as far as testing and prevention.”

How has testing, an important COVID-19 strategy, helped with HIV?

HIV testing is critical because—as with COVID-19—many people who have the virus don’t know it. An estimated 14% of people with HIV in the U.S. (or 1 in 7) are not aware they have it. Symptoms aren’t always a tip-off, since about a third of newly infected people don’t develop symptoms (two-thirds report flu-like symptoms within 2 to 4 weeks of infection) but are still able to transmit it to others.

In 2006, the Centers for Disease Control and Prevention (CDC) recommended offering HIV tests to anyone between the ages of 18 and 65 coming into the health care system for any reason, regardless of their background or risk factors. Dr. Barakat would go a step further. “Every single person should be tested for HIV—annually, if they are at higher risk,” she says. High-risk groups would include those who use drugs and share needles or engage in unprotected sex.

Testing is important because once a person is diagnosed, he or she is more likely to be treated, and therefore less likely to spread the disease to others, says Dr. Virata.

Can our experience with HIV help with COVID-19?

HIV specialists say there are many similarities between HIV and COVID-19. For both diseases, “the first step is testing, the second step is prevention,” says Dr. Barakat. “If you know who is infected, you can take care of them, and they will be less likely to infect others. And for those who are uninfected, you can provide them with prevention measures.”

For both conditions, getting people to take precautions is a difficult challenge. “For a lot of infectious diseases, the most important prevention intervention is the social behavior part of it,” says Dr. Barakat. “You see this with COVID-19 and you see it with influenza or Ebola. People’s beliefs and attitudes are very important when you are dealing with an epidemic. There needs to be a lot of public education, as well as access to information, testing, and treatment,” she says.

Both conditions call for a vaccine. While it may be years away, the doctors hope there will be an HIV vaccine in their lifetimes; more progress has been made on a COVID-19 vaccine.

But in that they also have concerns. “Having a vaccine doesn’t mean everyone will be willing to get one, and we will have to figure out how to engage people in our community,” Dr. Barakat says, adding that in any pandemic, doctors and patients need to build trust and take responsibility for keeping themselves and everyone around them healthy and safe.

Also read: Researchers closer than ever to developing a cure for human HIV infection.
Newsletter

In this article:AIDS, HIV, Yale Medicine
Up Next: