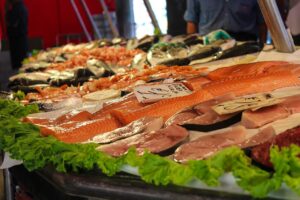 Almost all of our thought process about food is influenced by subtle market strategies and opinions and dictums by the semi-informed. Many molecules have been maligned as such and later have been helped by science to redeem themselves.

Their role in human wellness once again enjoys wholesome trust, which they richly deserve. At the beginning of this deliberation, I wish to firmly underline that “exclusion diets” are a definite no-no, and moderation in consumption is the name of the game.

When we talk of the three dietary biomolecules categorized as macronutrients, then carbohydrates and proteins contribute to metabolism directly and fats or lipids totally regulate this biodynamism at the cell level.

Hence, when one seeks to shun fats in the diet, they are truly misguided! They are guilty of forgetting the EFAs( Essential Fatty Acids), which due to their amazing chemical structure serve as bridges between hydrophilic components ( with a native affinity for water), and hydrophobic( which natively repel water).

The reason why Omega-3 Fatty Acids are the chosen ones is that they are more reactive chemically….(Omega and 3 are the details of areas of unsaturation)….in layman’s terms Polyunsaturated Fatty Acids( PUFAs). They are endowed with several nodal functions. They are an integral part of cell membranes throughout the body and affect the function of the cell receptors in these membranes. They provide the starting point for making hormones that regulate blood clotting, contraction and relaxation of artery walls, and inflammation.

The roles attributed to this miracle nature are reduction of blood pressure and triglycerides, and retardation of the pace of plaque development in arteries. Other functions are lessening the advent of arrhythmia, heart attack, stroke, and mortality in patients with CVD( Cardiovascular Disease).

Omega-3 fatty acids, modulate neutrophil function in several ways, including neutrophil migration, phagocytic capacity, as well as the production of reactive oxygen species and cytokines. The three main omega-3 fatty acids are alpha-linolenic acid (ALA), eicosapentaenoic acid (EPA), and docosahexaenoic acid (DHA).  ALA is found mainly in plant oils such as flaxseed, soybean, and canola oils.

Omega-3s are found naturally in some foods and are added to some fortified and enriched foods. A diet that provides adequate amounts of omega-3s include: fish and other seafood (especially cold-water fatty fish, such as salmon, mackerel, tuna, herring, and sardines), nuts and seeds (such as flaxseed, chia seeds, and walnuts), plant oils (such as flaxseed oil, soybean oil, and canola oil), fortified foods (such as certain brands of eggs, yogurt, juices, milk, soy beverages, and infant formulas)

Omega-3 dietary supplements include fish oil, krill oil, cod liver oil, and a novel product known as algal oil. This last-mentioned is significant since it is a prominent vegetarian source that is obtained from algae. They provide a wide range of doses and forms of omega-3s.

Omega 3 fatty acid deficiency symptoms are noteworthy. They include dry skin and dry eyes, joint stiffness and painful motor movement, and altered sleep patterns to mention a few. In conclusion, I would reiterate that as humans, we need 45 nutrients per day hence, it is no surprise that a multifaceted molecule like Omega-3 has pride of place in that list…..food for thought indeed!!!

In this article:CVD, EFA, Fatty Acids, OMEGA-3
Up Next: