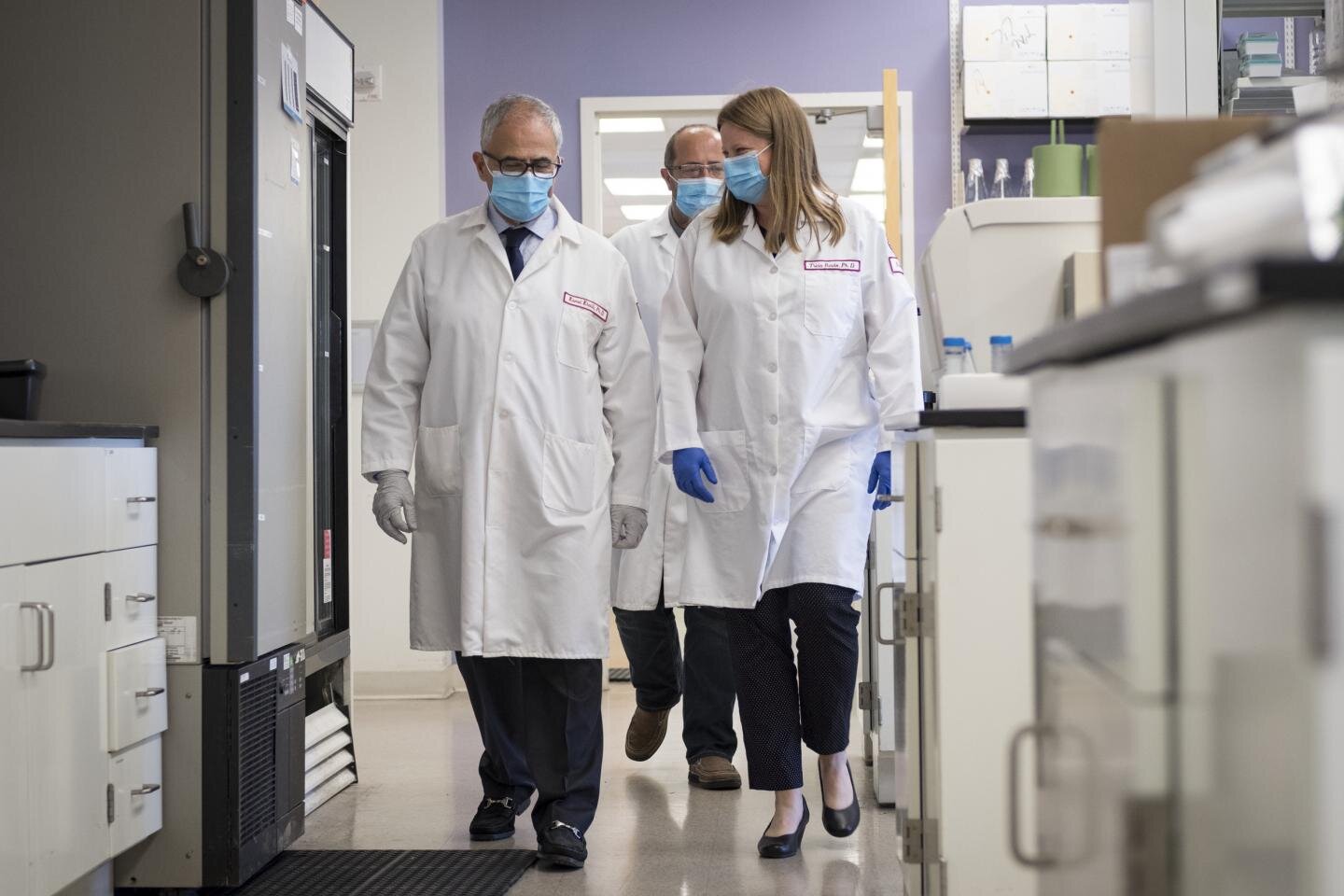 Taking a major step forward in HIV research, scientists at the Lewis Katz School of Medicine at Temple University have successfully edited SIV—a virus closely related to HIV, the cause of AIDS—from the genomes of non-human primates. The breakthrough brings Temple researchers and their collaborators closer than ever to developing a cure for human HIV infection.

“We show for the first time that a single inoculation of our CRISPR gene-editing construct, carried by an adeno-associated virus, can edit out the SIV genome from infected cells in rhesus macaque monkeys,” said Kamel Khalili, PhD, Laura H. Carnell Professor and Chair of the Department of Neuroscience, Director of the Center for Neurovirology, and Director of the Comprehensive NeuroAIDS Center at the Lewis Katz School of Medicine at Temple University (LKSOM).

Of particular significance, the new work shows that the gene-editing construct developed by Dr. Khalili’s team can reach infected cells and tissues known to be viral reservoirs for SIV and HIV. These reservoirs, which are cells and tissues where the viruses integrate into host DNA and hide away for years, are a major barrier to curing infection. SIV or HIV in these reservoirs lies beyond the reach of ART, which suppresses viral replication and clears the virus from the blood. As soon as ART is stopped, the viruses emerge from their reservoirs and renew replication.

For the new study, the researchers began by designing an SIV-specific CRISPR-Cas9 gene-editing construct. Experiments in cell culture confirmed that the editing tool cleaved integrated SIV DNA at the correct location from host cell DNA, with limited risk of potentially harmful gene editing at off-target sites. The research team then packaged the construct into an adeno-associated virus 9 (AAV9) carrier, which could be injected intravenously into SIV-infected animals.

Dr. Burdo, in collaboration with colleagues at Tulane National Primate Research Center, randomly selected three SIV-infected macaques to each receive a single infusion of AAV9-CRISPR-Cas9, with another animal serving as a control. After three weeks, the researchers harvested blood and tissues from the animals. Analyses showed that in AAV9-CRISPR-Cas9-treated macaques, the gene-editing construct had been distributed to a broad range of tissues, including the bone marrow, lymph nodes, and spleen, and had reached CD4+ T cells, which are a significant viral reservoir.

Moreover, the Temple researchers demonstrated that the SIV genome was effectively cleaved from infected cells, based on genetic analyses of tissues from treated animals. “The step-by-step excision of SIV DNA occurred with high efficiency from tissues and blood cells,” Dr. Mancuso explained. Excision efficiency varied by tissue but reached notably high levels in the lymph nodes.

The new study is a continuation of efforts by Dr. Khalili and colleagues to develop a novel gene-editing system using CRISPR-Cas9 technology – the subject of the 2020 Nobel Prize in Chemistry – to specifically remove HIV DNA from genomes harboring the virus. The researchers have shown previously that their system can effectively eliminate HIV DNA from cells and tissues in HIV-infected small animal models, including HIV-1 humanized mice.

Co-corresponding author Dr. MacLean is encouraged by the findings. “This is an important development in what we hope will be an end to HIV/AIDS,” says MacLean. “The next step is to evaluate this treatment over a longer period of time to determine if we can achieve complete elimination of the virus, possibly even taking subjects off of ART.”

Dr. MacLean is hopeful that this treatment strategy will translate to the human population. The biotech company Excision BioTherapeutics, of which Dr. Khalili is a scientific founder and where Dr. Burdo contributes to preclinical research and development and serves on the Scientific Advisory Board, will assist with funding and infrastructure for larger scale studies and future clinical trials after approval by the Food and Drug Administration.

“We hope to soon move our work into clinical studies in humans as well,” Dr. Khalili added. “People worldwide have been suffering with HIV for 40 years, and we are now very near to clinical research that could lead to a cure for HIV infection.”

In this article:AIDS, HIV, research, Temple University
Up Next:

Amount of time spent on the smartphone not related to poor mental health.