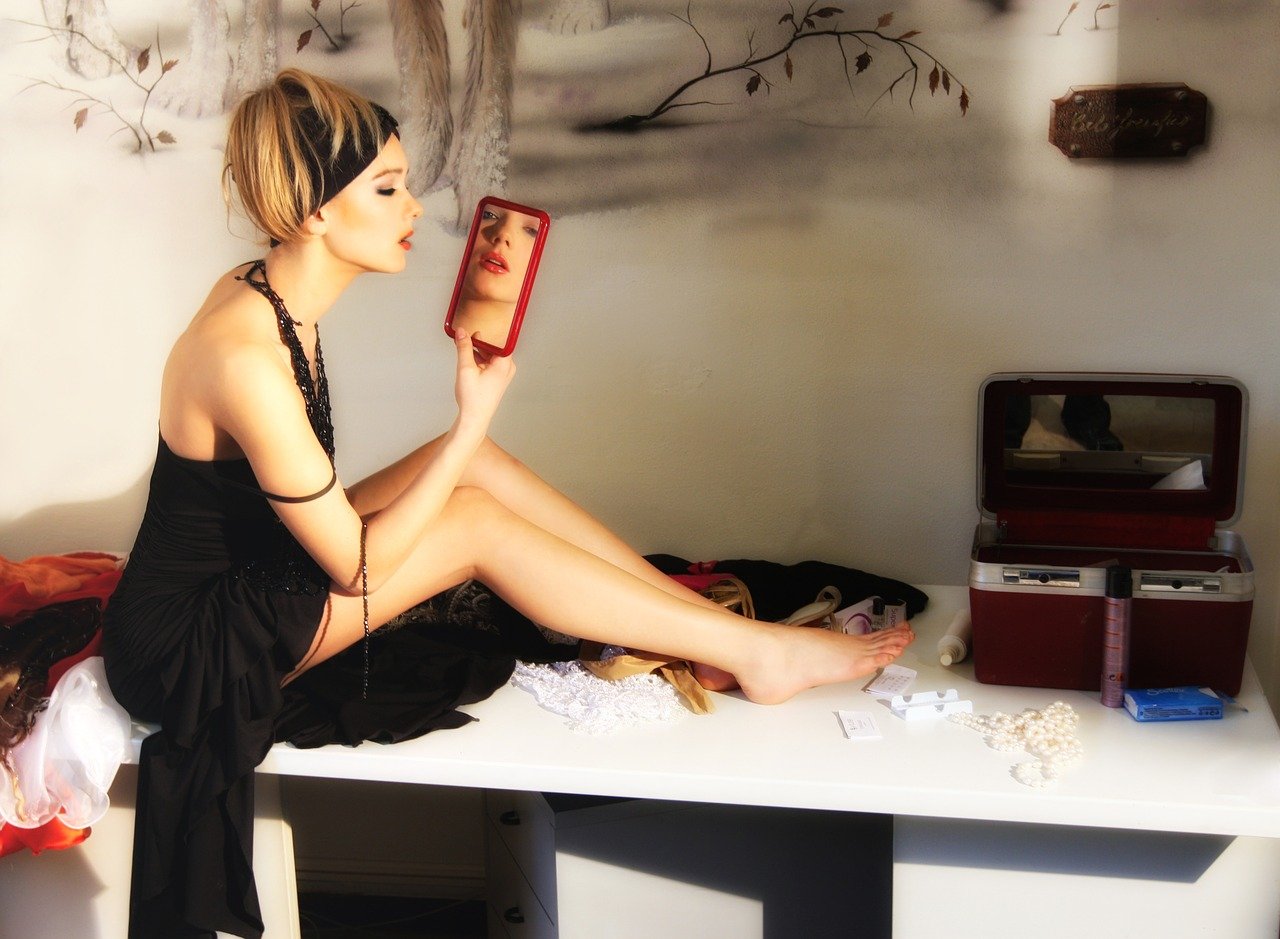 ‘Beauty is only skin deep, but ugly goes clean to the bone.’ – Dorothy Parker   Image by Claudio_Scott from Pixabay  (Representative image)

Mythological characters have varied shades of human nature. The reader of a mythological tale is thus encouraged to acquaint himself with these traits and even emulate and imbibe them.

However, the colorful Narcissus certainly does not fall in that category. He is portrayed as a hunter who falls in love with his own reflection in the water and is so mesmerized by what he sees of himself that he becomes immobilized and gradually turns into a flower, named after him. This flower is characterized by its inward bending stalk towards water bodies. Importantly, the word Narcotic also finds its origin in Narcissus, denoting numbness, or being in a trance.

Self-esteem, self-worth realization, and self-love are naturally resident in all living beings and may debatably help in survival, but when it turns pathological and exaggerated in proportion, it becomes detrimental and ironically self-destructive. 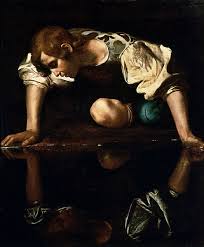 NPD is a distortion of normal personality and though statistics specify that the disorder is only around 1% of the population, it is of grave concern. The condition is also known as Megalomania and shades of “grey” are all around us.

Ironically, it is driven by a traumatic and episode-oriented deep sense of insecurity. Individuals with NPD have a pompous disposition and an amplified sense of ego and self-adoration. They have an unreal belief in their success and caliber and significantly tend to be self-oriented and non-empathetic.

In 1925, the psychoanalyst Robert Waelder is recognized as the researcher who first enunciated this personality distortion as Narcissistic Personality, whereas Heinz Kohut in 1968 used the nomenclature NPD. NPD is classified as a cluster B personality disorder as per the Diagnostic and Statistical Manual of Mental Disorders (DSM).

However, the quantum knowledge about this underbelly of mental health is still in its infancy. An important fact is that NPD inflicts the young more than the old and furthermore, women are less prone to NPD as compared to the male gender. So does the stereotype of feminine vanity stand shattered!?!

The NPD ridden subject has a holistic fixation on his self-proclaimed good looks and physical appearance and is obsessed with how he looks and how everyone looks at him. The person is driven to want to be center stage all the time and needs to perennially enjoy the limelight.

Additionally, there is an absolute exclusion of the fact that someone else could be better in appearance or physical form than oneself. In this era of the obsessive “selfie”, we are enveloped in narcissism all around. It is relevant to realize that NPD is abnormal because the self-image in the mind of the person, is an illusionary mirage about what he thinks he is, rather than the ground reality.

As a result, the NPD individual is substantially impaired in the sociocultural context and may have very minimalistic interpersonal skills. I have had a very gainful conversation with eminent academician and researcher Prof. Dr.M.M.Pant whose interest in the insights of mental health and wellbeing form the mainstay of his research endeavours.

In today’s day and age, several factors have influenced our thought process in such an indelible manner, that undue importance is being paid to external dimensions and appearance. To keep up with this kind of societal pressure, individuals wish to psyche themselves into a false projection of an exaggerated kind. Magnified good looks, intelligence, achievements, and even acquisitions. The mentality to judge oneself and all that is around with a barometer of surface glitter is truly detrimental to mental wellness and predisposing to NPD.

This tragic mental condition involves a thought process of selfish, arrogant behavior, an abject absence of empathy, and hardly any consideration for others. Subjects with NPD come across as conceited, manipulative, patronizing, and quite demanding. Unfortunately, the ethos and mentality of the person percolate into every sphere of his life. It disturbs his work-life balance and familial and relationship patterns.

Genetic and environmental factors are predisposition to the manifestation of Narcissistic personality disorder.

In the research findings, titled A Twin Study of Personality Disorders (2000) the frequency of occurrence of personality disorders in twins is higher than in normal individuals.

Environmental and social factors are pivotal in the onset of NPD in an individual. Early childhood occurrences, the role of parents, and the support system provided for a child are all aspects that are significant in emotional trauma and these in turn would be causative in NPD.

Gabbard’s study indicates that emotional abuse, the manipulative temperament of parents and peers, and exaggerated indulgence by them may cause the seeds of NPD to be sown in early childhood.

Cultural factors are influential in NPD prevalence since it has been established that societies that are modern rather than traditional have values based on principles of self- propagation. Moreover, there is not much room for modesty and humility in such societies.

An NPD individual usually starts believing in his grandiose personality in adolescence or the early years of adulthood. He must be corrected and curbed in a gentle and considerate manner so that he recognizes the importance of meaningful relationships and value-based traits like kindness, generosity, and friendship.

Value-based education both at home and in school are great providers of a certain grounded element in the personality during the formative years. It also helps the individual to enhance the “quality of life” in context to give and take. This is a precursor for a fruitful spectrum of relationships like marriage, sibling interaction, and workplace bonding.

The Diagnostic and Statistical Manual of Mental Disorders (DSM–5) published by the American Psychiatric Association enunciates the dictum that several societal icons and celebrities have narcissistic qualities. They start believing that everything has to be only their way and none other. They believe that any system works or is feasible only because of them and they are hugely indispensable. This makes such individuals maladaptive.

They hardly tolerate disagreement, contradiction, and criticism hence, it is challenging for persons with NPD to work constructively in a team or to maintain long-term, professional relationships with superiors, colleagues, and even subordinates. Tragically, individuals with other mental maladies are more predisposed to NPD than persons with a medical history of optimum mental health.

Studies on the undesirable changes in the structural organization in the brain have shown that there is a noticeable reduction in the grey matter of the brain tissue.

August bodies of psychopathology, the world over are now engaged in creating an organized approach to this disease. Case studies on the disease actual, albeit few, are being made available to researchers for the purpose of comparison, correlation, and extrapolation.

Studies are also being actualized to connect the missing dots in the jigsaw puzzle of NPD through other determinant factors. These include population genetic studies, dietary practices, variables like age, gender, and addictive lifestyle practices like substance abuse.

The classification of NPD and types of narcissists have been typified by researchers. There are four types of narcissists identified….needy, deceptive, exhibitionist, and critical. A personality test has been devised to identify early signs. In case of a full-blown disease manifestation, tests are now available to decide on a strategy of treatment, counseling, and even rehabilitation of sorts to the real world.

Two important aspects of the approach to the treatment of NPD are instrumental in bringing the much-needed respite in the lives of those inflicted with megalomania.

The first is in the form of authentic literature and information on NPD, now available as global access documents for the immediate family and friends of the patient. This includes suggestions for family therapy to generate a better understanding of the malady and help the patient to overcome various obstacles to wellness.

The second aspect which is equally important is that all details of treatment and testing are kept ethically confidential, encouraging the patient to instill in himself a sense of trust and confidence in the doctor. The doctor himself spends quality time with both the patient and the family, together and individually to track the improvement accurately.

Hence, to sum up, I feel like asking myself and the reader, why should society at large be concerned with NPD, self-glorification, and its repercussions? The answer is both philosophical and paradoxically crystal clear.

Very emphatically, narcissism is diametrically opposite of empathy. In this day and age, the need of the hour is to project one’s native inner resources outward rather than inward. Synergy, symbiotic existence, plurality rather than a singularity, and “we” instead of “me” is the magic mantra.

Team building, bonding, value assessment of human connections, and even that RAK( Random act of Kindness ) is what is the skillset to aspire for by every individual. Hence, there really is no room for Narcissism…

Finally homing in on narcissism, looking up oneself in the mirror is desirable, but for critical self-reflection and not obsessive self-approval. Socrates had said ‘an unexamined life is not worth living’ and self-reflection for self-improvement should be a regular activity. Interestingly, Prof.Dr.M.M.Pant has designed a nodal and well-received mentoring program for self-discovery and self-improvement.

“Mirrors Lie. They don’t show you what is inside”

In this article:Featured, mental health, Narcissistic Personality Disorder, NPD, psychiatry, psychology
Up Next:

Keep your little witches and wizards safe this Halloween