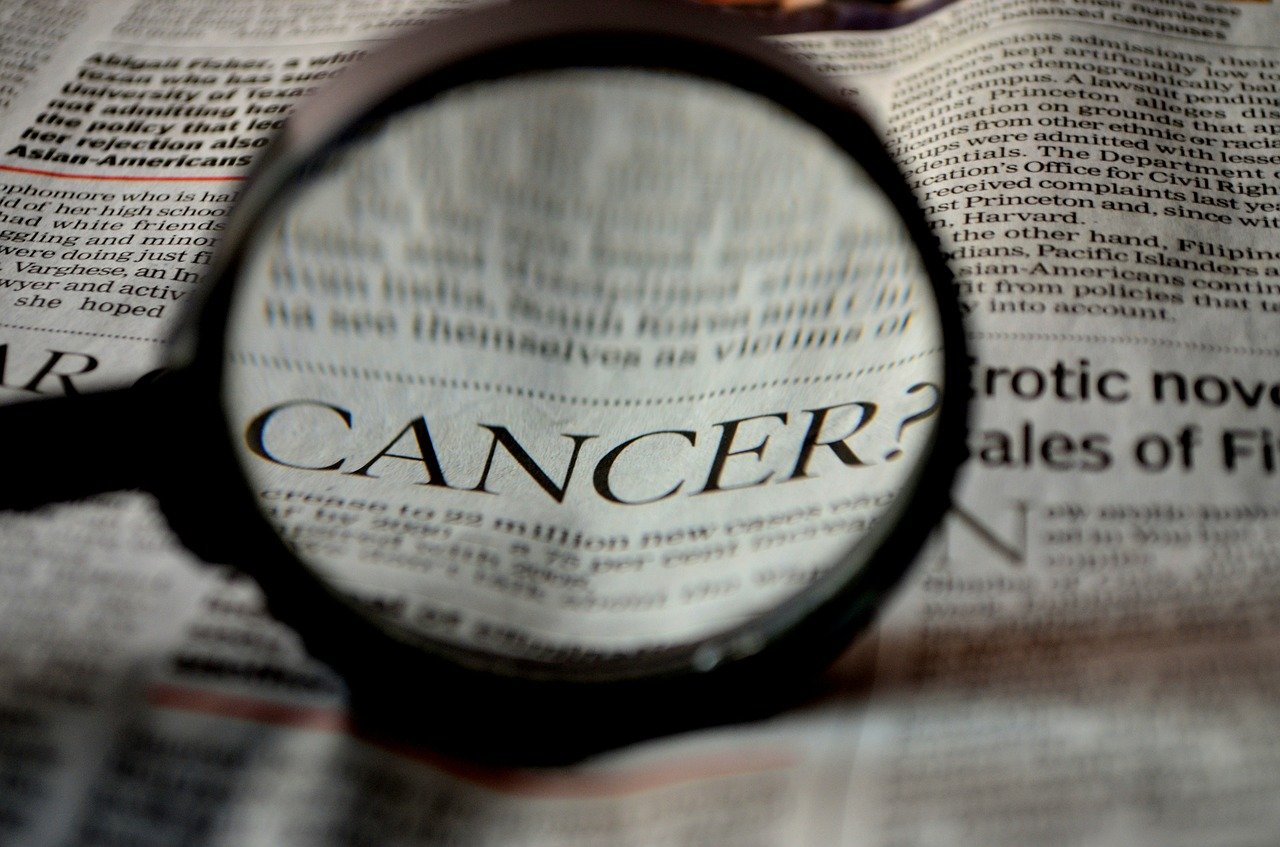 There is an old Chinese saying, “All diseases come from the mouth.” Image by PDPics from Pixabay

What is the esophagus?

The esophagus of a healthy adult is about 25-28 cm long and 2 cm in diameter. The sex, age, and physical condition of the person can affect the length. For example, a newborn’s esophagus is 18 cm long and increases to 27cm by the age of 10 yrs.

Layers of the esophagus

Submucosa: This is a layer of loose connective tissue just below the mucosa that is highly vascular and contains blood vessels and nerves. The layer, in some parts, includes oesophageal glands that secrete mucus to help in the passage of the bolus (chewed, swallowed food).

Muscularis propria: This is a layer that contains skeletal muscle under the submucosa and is responsible for motor function. The movement of the food and liquid through the esophagus is controlled by two sphincters that work with the muscularis propia.

Adventitia: This is the external fibrous layer of the esophagus, and is formed by connective tissue and nerve fibers. It connects with neighboring structures.

The functioning of the esophagus

The esophagus is involved in the processes of swallowing and propelling the food substances from the mouth to the stomach through smooth waves of muscle contractions called Peristalsis.

In peristalsis, after the food is chewed into a bolus, it passes through the tube and reaches the region of the esophagus closer to the stomach which allows easy passage of the bolus into the stomach. The area just above contracts to force the food further down until all the food enters the stomach. This process of peristalsis is controlled by the medulla oblongata. ( structure in the brain that controls many important involuntary functions, including breathing, vomiting, sneezing, etc)

It prevents air from entering into the esophagus and also reflux of esophageal contents into the pharynx to guard airway aspiration. The upper esophageal sphincter is under voluntary control.

The region in the junction between the esophagus and the stomach is known as the lower esophageal sphincter that works like a dam preventing food and stomach acid  (gastric contents) from going back up into the esophagus. 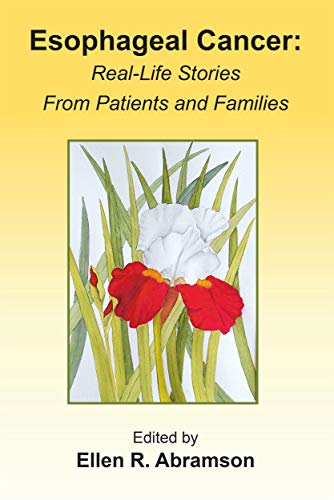 What is esophageal cancer? 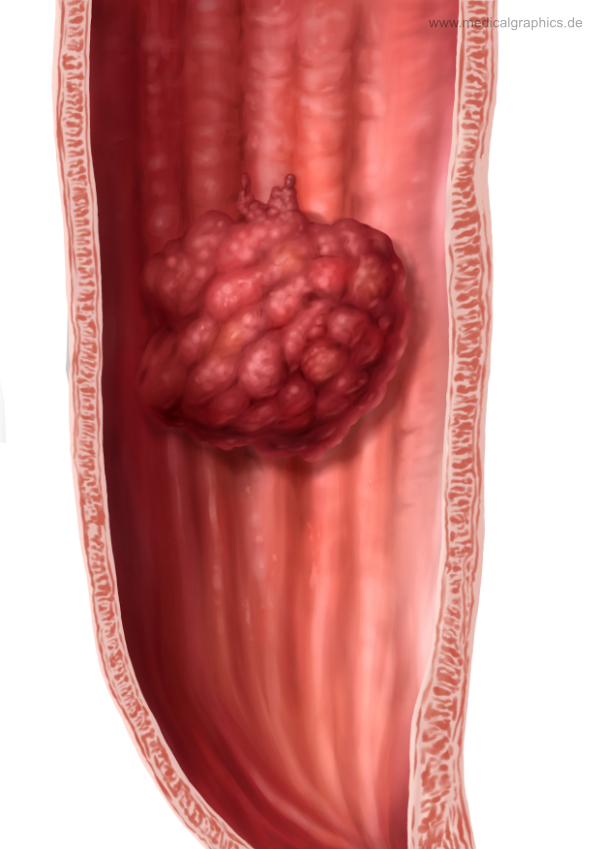 The abnormal growth of cells occurring within the tissues of the esophagus is called esophageal cancer. While cancer can occur at any location in the esophagus, the most common location is where the stomach and esophagus join, also called the gastroesophageal junction.

Cancer that develops in the lower distal region near the gastroesophageal junction is called adenocarcinoma.

When the esophageal sphincter does not perform well or is weakened, then over time it can lead to a condition called Gastroesophageal Reflux Disease (GERD).

It’s a condition where stomach acids mixed with the duodenal contents flow back into the esophagus damaging the esophageal lining and causing a burning sensation also called heartburn.

Other symptoms include bloating, loss of appetite, and stomach pain. When this occurs frequently, it leads to esophagitis, and then later to Barrett’s esophagitis causing the squamous cells to be replaced with the glandular cells.

Unlike heartburn, Barrett’s esophagus is not very common and can only be diagnosed by endoscopy and biopsy.

Who is at risk for esophageal cancer?

Squamous Cell Carcinoma is the most common one and happens in 90% of the cases.

Sometimes like most other cancers, there is no known reason for the cause of this cancer. This cancer is more commonly found in Asia and Africa and the majority of the cases are found in the age group between 60 -70 years.

Adenocarcinoma (EAC) of the esophagus, occurs more commonly in obese people with higher body mass index and who have frequent acid reflux. It is very common in Caucasian males.

Doctors believe that patients with GERD and Barrett’s esophagus are at a significantly higher risk for developing adenocarcinoma of the esophagus.

Studies have shown that the consumption of hot food and beverage, and a lower intake of fruits and vegetables increase the risks of developing esophageal adenocarcinoma.

According to a study published in the American Journal of Gastroenterology, a diet rich in fruit and vegetables may greatly reduce the risk of developing esophageal cancer. 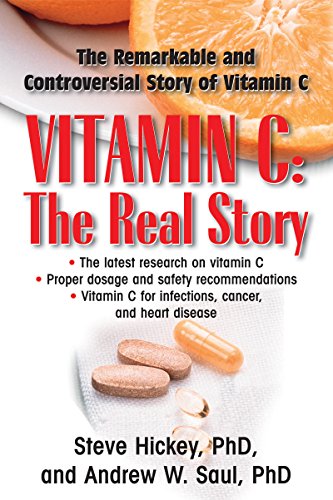 What are the signs of esophageal cancer?

The diagnosis of esophageal cancer, unfortunately, happens when the cancer is in an advanced stage.

The following tests and procedures are used:

Barium swallow- It’s a test that uses barium and a series of X-rays to create an image of the esophagus. When the patient drinks the barium the doctor can see the esophagus and the pharynx. Useful in detecting strictures (narrowing of the lumen) in the esophagus.

Endoscopic ultrasound- is a procedure where a thin ultrasound endoscope is inserted into the esophagus and is used to examine the esophageal and stomach linings.

Bronchoscopy: This test is done to see if cancer has invaded the trachea or the bronchi.

Biopsy – is a procedure that involves removing a small piece of tissue for examination, during the upper endoscopy. Doctors use biopsies to help diagnose esophageal cancer and its type.

Molecular testing of the tumor: this is done to  identify specific genes, proteins, and other factors unique to the tumor

Computed tomography (CT or CAT) scan: CT scans of the abdomen and chest are useful for the staging of cancer. It helps in finding if cancer has spread to the lungs, aorta, liver, or any other adjacent structures.

Positron emission tomography (PET) scan: PET scan is again used for accurate initial staging of the disease and determining the spread of cancer.  The patient is injected with a type of sugar attached to a radioactive compound. Cancer cells usually tend to have a higher sugar uptake compared to normal cells.

Type and Classification of Esophageal Cancer

The stage of cancer at the time of diagnosis of esophageal cancer is an important factor that helps understand how large the tumor is if it has spread and the future course of action and the treatment. It can also help in identifying which clinical trials are more effective and that can form suitable treatment options.

An important and most clinically useful cancer staging system is the Tumor, Node, and Metastasis (TNM) staging system developed by the American Joint Committee on Cancer (AJCC) in collaboration with the Union for International Cancer Control (UICC) for describing the extent of disease progression in cancer patients.

What is Staging in Cancer?

Staging is based on commonly understood knowledge about the way cancer develops and spreads.

In most cases, the stage is based on four main factors:

What is the TNM Staging System?

The TNM Staging System is based on the extent of the tumor (T), the extent of spread to the lymph nodes (N), and the presence of metastasis (M).

How does esophageal cancer spread?

Cancer can spread through tissue, the lymph system, and the blood:

When cancer spreads to another part of the body, it is called metastasis. Cancer cells break away from where they began (the primary tumor) and travel through the lymph system or blood.

How Grade of the tumor is used to describe esophageal cancer:

The grade of the tumor describes how abnormal the cancer cells look under a microscope and how quickly the tumor is likely to grow and spread. Grades 1 to 3 are used to describe esophageal cancer:

This method is used to treat pre-cancerous lesions in the esophagus.

Esophageal cancer can cause the narrowing of the esophagus and this is called an esophageal stricture.

Treatment for esophageal stricture includes stenting and dilatation. Dilatation is an endoscopic procedure done to widen or stretch the esophagus as the narrowing can cause difficulty in swallowing food. In this procedure, an endoscope is inserted into the esophagus and a small balloon may be used to stretch open the scar tissue causing the narrowing.

Chemotherapy also known as chemo is a treatment that uses drugs or a combination of drugs to kill the fast-growing cancer cells and stop them from further multiplying. In radiation therapy for esophageal cancer high-energy beams are used to shrink or get rid of the tumor.

Chemotherapy is used in both adenocarcinoma and squamous cell carcinoma of the esophagus and is used to shrink the tumor in the esophagus and other parts of the body. In most cases, patients are treated with both chemotherapy and radiation therapy. There are studies that show that this combination therapy, called chemoradiation, is an efficient method for curing or controlling cancer.

Chemoradiation is used to treat esophageal cancer either before or after surgery. When used before surgery, this process is called induction chemotherapy or neoadjuvant chemotherapy.

Chemotherapy is also used when esophageal cancer has spread to other organs of the body but primarily to relieve symptoms. For example, it can help the person’s ability to swallow if the tumor is blocking the esophagus.

In targeted therapy, the drugs used mainly target only the cancer cells, and the healthy cells are spared thus resulting in fewer side effects.

Targeted therapy is used to treat oesophageal cancers that start at the place where the esophagus meets the stomach.

Esophagectomy is the surgical removal of all or part of the esophagus and is used only if the tumor does not have a complete response to the chemoradiation. Complete response is defined as the disappearance of all detectable cancer after treatment.

Esophagectomy typically is recommended when cancer has not spread to other parts of your body and is potentially curable.

To know about the staging, and treatment of esophageal cancer, click here – NCCN Guidelines

In this article:Barrett's esophagus, Cancer, chemoradiation, chemotheraphy, esophageal cancer, esophagus, Featured
Up Next:

Some Interesting facts about Cancer