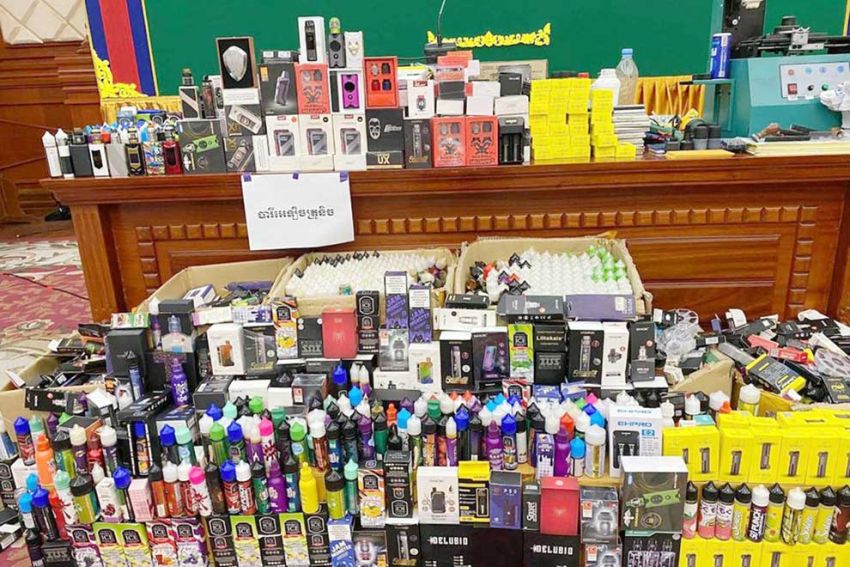 In its drive against illegal drugs, Cambodia on Thursday destroyed 540.7 tons of counterfeit products that the kingdom had seized recently, Xinhua news agency reported.

The ceremony was held in the southwestern part of Phnom Penh at a dumpsite under the presence of Justice Minister Koeut Rith, it added.

As per the report, Meach Sophana, a police general and chairman of the government’s Counter Counterfeit Committee said the destroyed items included 7.7 tons of illegal medicines and 533 tons of counterfeit cosmetic products and substandard foodstuffs.

According to a report in Phnompenh post, the Committee had seized nearly 600 tonnes of illegal drugs, medical and counterfeit products that included food and beverage products, cosmetic products, consumer products, pharmaceutical products, and tobacco products.

Earlier in June this year, the  Counter-Counterfeit Committee of Cambodia had destroyed 130 tonnes of substandard counterfeit medicines and counterfeit products.

According to the Organisation for Economic Co-operation and Development (OECD), the majority of fake goods picked up in customs checks originate in mainland China and Hong Kong.

Other major points of origin include the United Arab Emirates, Turkey, Singapore, Thailand, and India. The rapidly-expanding pharmaceutical industries in the world are in India and China.

Statistics from the World Customs Organization (WCO) indicates that nearly 60% of the counterfeit medical products seized worldwide between 2008 and 2010 departed from China.

53% of the total seized value of counterfeit pharmaceutical products and medicines worldwide in 2016 originated from India.

In this article:cambodia, counterfeit, drugs
Up Next: