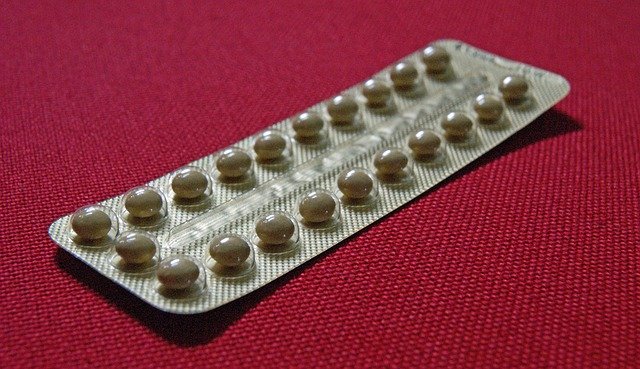 Taking the Pill may cut the risk of severe bouts of asthma in women of reproductive age with the respiratory condition, finds a large long term study published online in the journal Thorax.

But the observed protective effect is relatively small, and doesn’t include progestogen only hormonal contraceptives, the findings indicate.

Female sex hormones are thought to partly explain the clear differences in the incidence and severity of asthma between the sexes. And fluctuations in levels of these hormones during the menstrual cycle have been linked to worsening asthma symptoms in some women.

While the potential impact of synthetic sex hormones on asthma in women has been repeatedly studied over several decades, no consensus has yet been reached.

In a bid to clear up the uncertainties, the researchers explored the potential impact of different types and periods of use of hormonal contraceptives on asthma severity and what influence weight (BMI) and cigarette smoking might have.

They drew on information entered into the Optimum Patient Care Research Database (OPCRD) to find women of reproductive age (16-45) who also had asthma. OPCRD is a large population-based, long term, anonymised database of 630 primary care practices across the UK, containing the health records of more than 6 million patients.

Hospital admissions, emergency care department visits, and prescriptions for asthma treatment were tracked from the start of 2000 until the end of 2016 for a total of 83, 084 women to gauge changes in the severity of the condition.

Previous and current hormonal contraceptive use (combined oestrogen/progestogen and progestogen-only) for periods of 1-2 years, 3-4 years, or 5+ years was compared with no use at all.

Information was also collected on potentially influential factors, including deprivation, number of pregnancies, BMI, smoking, and a wide range of gynaecological conditions, such as endometriosis, polycystic ovary syndrome, hysterectomy, fibroids, and absence of periods.

At the start of the study around a third (34%) of the women were using hormonal contraceptives: 25% combined; 9% progestogen-only.

The proportion of women who had bouts of severe asthma rose with increasing age and BMI and a higher number of previous pregnancies. It was also higher in ex and current smokers than in non-smokers and among women who had had a gynaecological condition.

After taking account of these potentially influential factors, previous and current use of any and combined hormonal contraceptives was associated with a lower, albeit relatively small, risk of severe asthma bouts compared with no use at all.

And while use of hormonal contraceptives for 1-2 years didn’t affect risk, use for 3-4 years and for 5 or more years was associated with a lower risk compared with no use at all.

This is an observational study, and so can’t establish cause. And the researchers caution that it wasn’t possible to exclude the impact of other unidentified influential factors.

It’s still not clear how synthetic sex hormones might affect asthma, they explain: further research will be needed to explore the underlying biological processes.

“There’s an intriguing relationship between sex and asthma,” points out lead author Dr. Bright Nwaru in a linked podcast. “And over the past 40 years many studies have been published trying to understand why boys have a higher incidence of asthma than girls. But starting from around the time of puberty this changes, and asthma becomes more common in women than men.”

Commenting on the importance of the research, he adds: “I don’t think this finding will end up in clinical guidelines or advice. But… the signal we’ve got from the study gives us the confidence to progress to designing more studies to try to understand the mechanisms through which hormonal contraceptives may influence asthma.”

In this article:asthma, British Medical Journal, gynaecology, hormone, oestrogen
Up Next: