Researchers at Karolinska Institutet have studied the incidence and regional distribution of Alzheimer’s disease biomarkers in the brains of people with Down’s syndrome. The results can bring new possibilities for earlier diagnosis and preventive treatment of dementia. The study is published in Molecular Neurodegeneration.

While medical advances and improvements of life quality have increased the life expectancy of people with Down’s syndrome to an average of 60 years, up to 90 percent develop Alzheimer’s disease if they live long enough.

In Alzheimer’s disease, clumps of amyloid form plaques around the neurons of the brain, while another protein, tau, accumulates inside the nerve cells in what are referred to as tangles. Plaque and tangles appear first in one region of the brain and then spread, causing gradually deteriorating functional impairment. 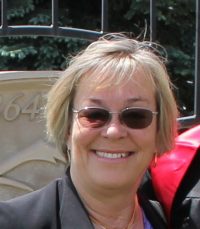 “Previous studies of Down’s syndrome by our group and others have been able to demonstrate that pathological forms of amyloid and tau can appear years before someone shows signs of dementia,” says Lotta Granholm, professor at Karolinska Institutet and the University of Denver, and one of the paper’s principal authors.

In the current study, the researchers studied the extent and distribution of tau and amyloid in the brain tissue of people with Down’s syndrome with or without an Alzheimer’s diagnosis, and of people who had died with Alzheimer’s disease but without any other functional disability. 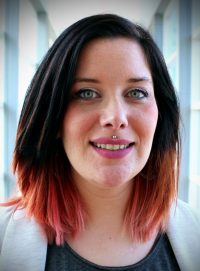 “Apart from a high level of tau, we also measured a different regional distribution of tau in the brains of people with Down’s syndrome and Alzheimer’s disease compared to the control group,” says the paper’s first author Laetitia Lemoine, assistant professor at the Department of Neurobiology, Care Sciences and Society, Karolinska Institutet.

Traces of tau were also detected in the brain tissue of fetuses with Down’s syndrome.

Early prophylactic measures against tau accumulation could prevent the development of Alzheimer pathology in childhood for this patient group, the researchers believe. 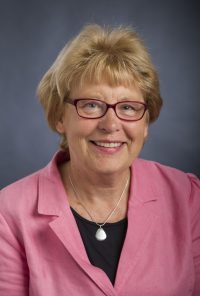 “Our studies support the need for continued research on the progress and incidence of amyloid plaque and tau in the brain by imaging the brains of live individuals with Down’s syndrome,” says Agneta Nordberg, professor at the Department of Neurobiology, Care Sciences and Society, and the paper’s second principal author.

“Our aim is a better understanding of how we can take early steps to discover pathological changes that produce cognitive symptoms and begin medication that helps to improve life quality.”

In this article:Alzheimers, down syndrome, neurology, Neuroscience
Up Next:

A new study reveals where the many proteins found in our saliva originate.