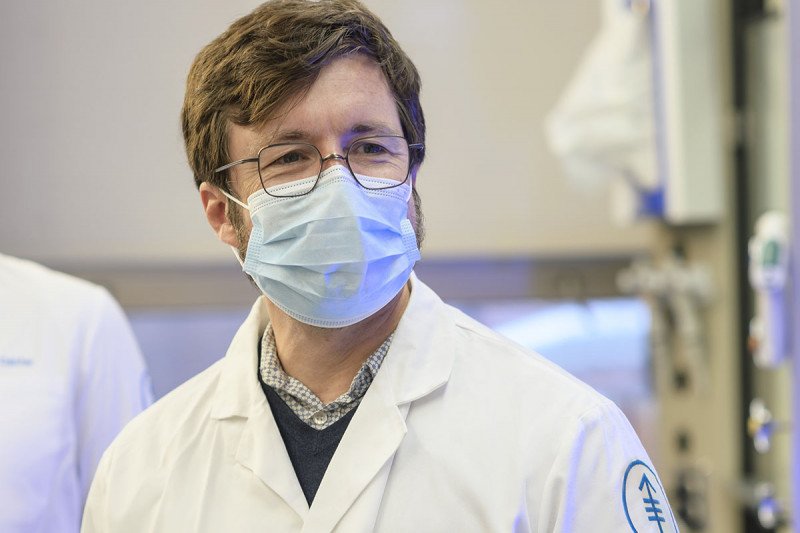 Memorial Sloan Kettering Cancer Center researchers have uncovered an important finding about the relationship between the microbiota and the immune system, showing for the first time that the concentration of different types of immune cells in the blood changes in relation to the presence of different bacterial strains in the gut.

In recent years, the microbiota — the community of bacteria and other microorganisms that live on and in the human body — has captured the attention of scientists and the public, in part because it’s become easier to study. It has been linked to many aspects of human health.

A multidisciplinary team from Memorial Sloan Kettering has shown for the first time that the gut microbiota directly shapes the makeup of the human immune system. Specifically, their research demonstrated that the concentration of different types of immune cells in the blood changed in relation to the presence of different bacterial strains in the gut. The results of their study, which used more than ten years of data collected from more than 2,000 patients, is being published November 25, 2020, in Nature.

“The scientific community had already accepted the idea that the gut microbiota was important for the health of the human immune system, but the data they used to make that assumption came from animal studies,” says Sloan Kettering Institute systems biologist Joao Xavier, co-senior author of the paper together with his former postdoc Jonas Schluter, who is now an assistant professor at NYU Langone Health. “At MSK, we have a remarkable opportunity to follow how the composition of the microbiota changes in people being treated for blood cancers,” Dr. Xavier adds.

A Unique System for Studying Changes in the Body 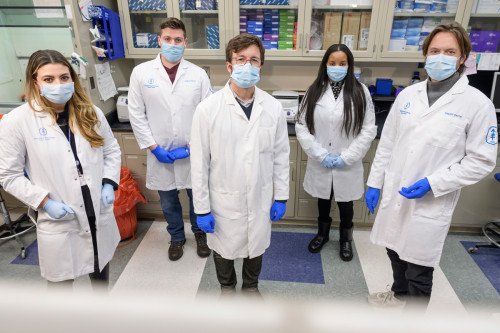 The data that were used in the study came from people receiving allogeneic stem cell and bone marrow transplants (BMTs). After strong chemotherapy or radiation therapy is used to destroy cancerous blood cells, the patient’s blood-forming system is replaced with stem cells from a donor. For the first few weeks until the donor’s blood cells — including the white blood cells that make up the immune system — have established themselves, the patients are extremely vulnerable to infections. To protect them during this time, patients are given antibiotics.

But many of these antibiotics have the unwanted side effect of destroying healthy microbiota that live in the gut, allowing dangerous strains to take over. When the patient’s immune system has reconstituted, the antibiotics are discontinued, and the gut microbiota slowly starts to grow back.

“The parallel recoveries of the immune system and the microbiota, both of which are damaged and then restored, gives us a unique opportunity to analyze the associations between these two systems,” Dr. Schluter says.

A Years-Long Effort to Find Answers

For more than ten years, members of MSK’s BMT service have regularly collected and analyzed blood and fecal samples from patients throughout the BMT process. The bacterial DNA were processed by the staff at MSK’s Lucille Castori Center for Microbes, Inflammation, and Cancer, which played a key role in creating the massive microbiota dataset. “Our study shows that we can learn a lot from stool — biological samples that literally would be flushed down the toilet,” Dr. Xavier notes. “The result of collecting them is that we have a unique dataset with thousands of datapoints that we can use to ask questions about the dynamics of this relationship.”

This wider effort has been led by Marcel van den Brink, Head of the Division of Hematologic Malignancies, and a team of infectious disease specialists, BMT doctors, and scientists. “For a fair number of patients, we collected daily samples so we could really see what was happening day to day,” Dr. van den Brink says. “The changes in the microbiota are rapid and dramatic, and there is almost no other setting in which you would be able to see them.”

Previous research using samples collected from this work has looked at how the gut microbiota affects patients’ health during the BMT process. A study published in February 2020 reported that having a greater diversity of species in the intestinal microbiota is associated with a lower risk of death after a BMT. It also found that having a lower diversity of microbiota before transplant resulted in a higher incidence of graft-versus-host disease, a potentially fatal complication in which the donor immune cells attack healthy tissue.

New Clues about a Complicated Relationship

The databank that the MSK team created contains details about the types of microbes that live in the patients’ guts at various times. The computational team, including Drs. Schluter and Xavier, then used machine learning algorithms to mine electronic health records for meaningful data. The data from the health records included the types of immune cells present in the blood, information about the medications that patients were given, and the side effects patients experienced. “This research could eventually suggest ways to make BMTs safer by more closely regulating the microbiota,” Dr. van den Brink says.

Analyzing this much data was a huge undertaking. Dr. Schluter, who at the time was a postdoctoral fellow in Dr. Xavier’s lab, developed new statistical techniques for this. “Because experiments with people are often impossible, we are left with what we can observe,” Dr. Schluter says. “But because we have so many data collected over a period of time when the immune system of patients as well as the microbiome shift dramatically, we can start to see patterns. This gives us a good start toward understanding the forces that the microbiota exerts on the rebuilding of the immune system.”

“The purpose of this study was not to say whether certain kinds of microbes are ‘good’ or ‘bad’ for the immune system,” Dr. Xavier explains, adding that this will be a focus of future research. “It’s a complicated relationship. The subtypes of immune cells we would want to increase or decrease vary from day to day, depending on what else is going on in the body. What’s important is that now we have a way to study this complex ecosystem.”

The researchers say they also plan to apply their data to studying the immune system in patients receiving other cancer treatments.

In this article:Cancer, Immune System, Memorial Sloan Kettering Cancer Center, research
Up Next: