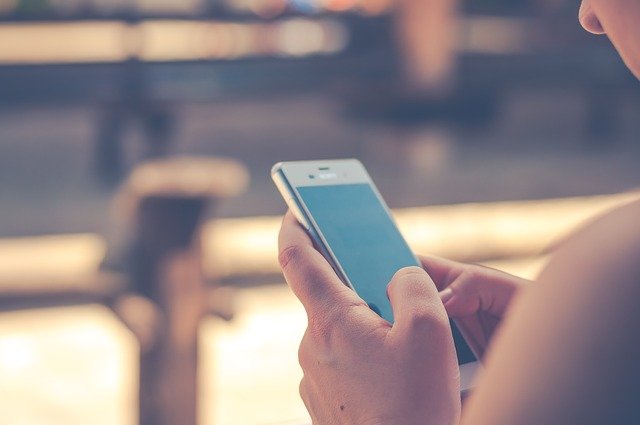 Monitoring how patients with multiple sclerosis or other degenerative diseases use their smartphones could provide valuable information to help get them better treatment.

In an article published in Chaos, by AIP Publishing, researchers used a mobile app to record the keystroke dynamics of a control group and those of subjects in various stages of multiple sclerosis treatment over the course of a year.

Keystroke dynamics show how quickly or slowly someone is typing on a touch screen, the amount of time between letters typed, the number of mistakes made and corrected while typing, and other behaviors. As part of the study, researchers at Amsterdam University Medical Center used a mobile app that tracks how a user is typing on their phone’s keyboard.

In doing so, they observed changes over time in the way people with MS typed that were not seen in subjects who did not have the disease.

“The clinically relevant changes in keystroke dynamics can be seen as early warning signals for changes in disease activity of the patient prior to the change occurring,” the authors wrote.

James Twose, one of the authors, called the study’s findings a “first promising step” toward using keystrokes to help diagnose changes in patients with chronic diseases like MS.

“The dream is prediction,” said Twose. “If there is some semblance of predictability, the joy would be to forecast the disease in a similar way you do with weather.”

Multiple sclerosis patients generally make clinical visits every 3-12 months, according to the authors, and MRIs are the best way to measure changes in damage to the brain from the disease.

If doctors were able to use something like keystrokes to monitor patients on a more ongoing basis, they could better predict when new treatments are needed.

“In chronic diseases like MS and Alzheimer’s disease and Parkinson’s disease, there is inherent worsening over time,” Twose said. “When it comes to typing, you need all your faculties to do this well. We notice when you have problems with that.”

Such a system would be helpful to chronic disease sufferers for a variety of reasons. Consistent monitoring would give doctors a fuller picture of their condition than occasional clinic visits, which can only provide a snapshot of how they are doing at that moment. It also would be a boon for patients whose conditions make traveling to and from doctor appointments difficult.

In this article:American Institute of Physics, medical devices, MS, Neuroscience
Up Next: